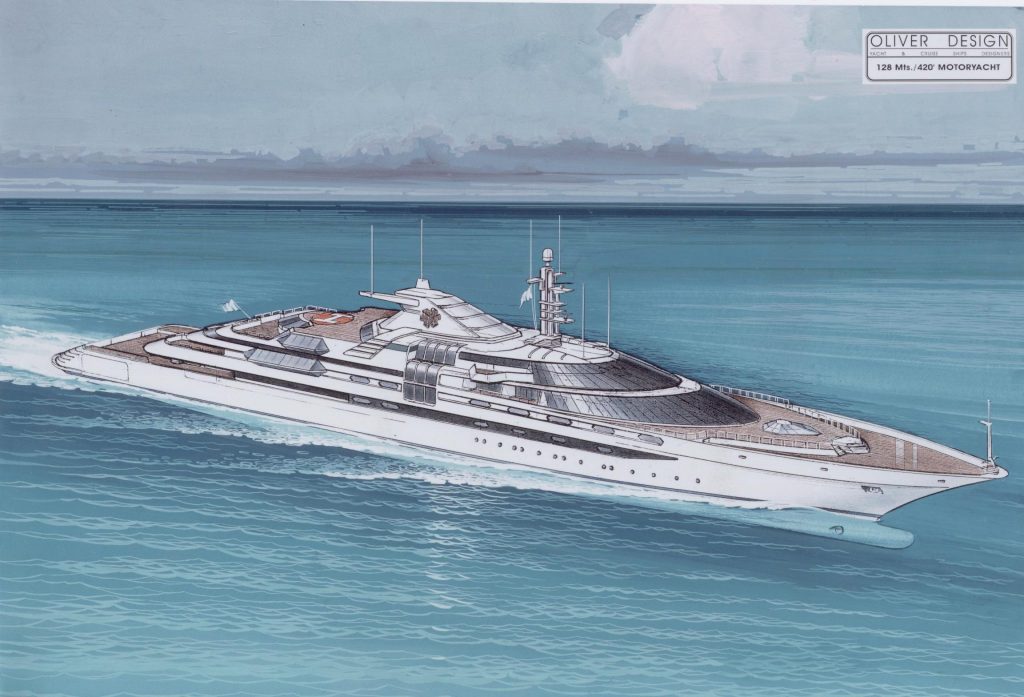 Design for the “Trump Princess”

In 1993, Donald Trump hand-picked a small Spanish naval design and engineering firm, to design “the largest and most beautiful yacht in the world”. Oliver Design received $170,000 dollars to come up with plans for a lavish 420-foot vessel, although the project was eventually shelved at a time when several of Trumps hotels and casinos had filed for bankruptcy.

Oliver Design recently celebrated its twenty-fifth anniversary. Back in the 1990s, though, it was still a small, fledgling company which had the audacity to set up its pitch at one of the world’s leading shipping fairs, the Florida Boat Show. There, to the astonishment of the firm’s founder, Jaime Oliver they were visited by the PA of one of the world’s richest men, Donald Trump. It transpired that the real estate mogul had had a private viewing of the exhibition and out of all the exhibitors, had picked Oliver Design as the best candidate to design his new yacht.

And Trump knew exactly what he wanted. As he wrote in a letter to Jaime Oliver, he was interested in building “not only the largest yacht in the world, but at the same time, the most beautiful”.

The businessman had already had some experience with luxury yachts: in 1988, he had bought the “Kingdom 5KR” (previously owned by Saudi millionaire Adnan Khashoggi) from the Sultan of Brunei. He renamed the vessel “Trump Princess” and in 1991 sold it on to a Saudi prince. So spectacular was the ship that it was used as the location for the villain’s floating headquarters in “Never Say Never Again”, Sean Connery’s last appearance as James Bond. 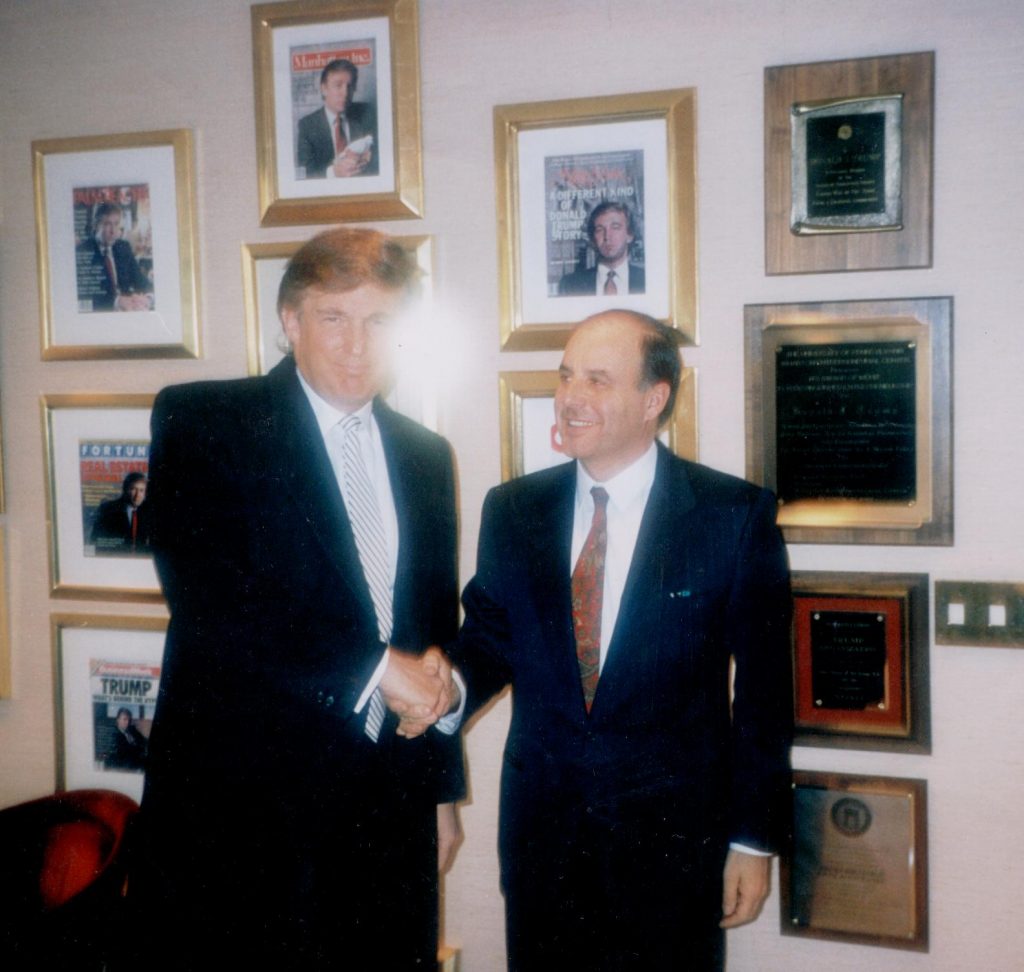 Jaime Oliver’s son Iñigo (now the company’s sales manager) was 25 at the time and had just joined the firm. Iñigo spoke excellent English and his father put him in charge of nearly all direct dealings with the American businessman. On a number of occasions, father and son visited the billionaire in his office at Trump Tower, the imposing New York skyscraper that symbolised his financial might. Iñigo was also invited to stay at Donald Trump’s mansion at Mar-a-Lago in Palm Beach (Florida), where he dined with the Trumps and watched movies in their private cinema. He even attended the baptism of one of Trump’s daughters, Tiffany.

Over a period of several months, from the first sketches through to the completed blueprints, Donald Trump followed the work on the design of the “Trump Princess II” with close interest. Oliver Design was paid $170,000 for the conceptual design of an opulent 420-foot yacht and even began talks with Spanish shipyard Astilleros Españoles (now Navantia) on construction of the super-yacht.

The firm’s archives still contain the plans of a ship which in its time would certainly have been “the largest and most beautiful yacht in the world”, with four decks, a heliport, luxury split-level suites, sophisticated lounges, a swimming pool, hot tubs and a vast gallery decorated with palm trees which could have hosted any type of function.

But just as suddenly as it had arrived on Jaime’s desk, the project was scrapped. Without offering much explanation, Donald Trump notified Oliver Design that the yacht would not finally be built; a decision that was probably not unrelated to the businessman’s delicate financial situation at the time, with his hotel and casino businesses facing bankruptcy. According to some sources, in early 1994, his companies had a combined corporate debt of 3.5 billion dollars and he had personal debts of around $900 million.

But as a testament to that failed operation, Oliver Design’s files still hold the sketches of what would have been the most spectacular and sophisticated private yacht of its time, conceived by a small Spanish firm for a man who would one day become President of the United States. 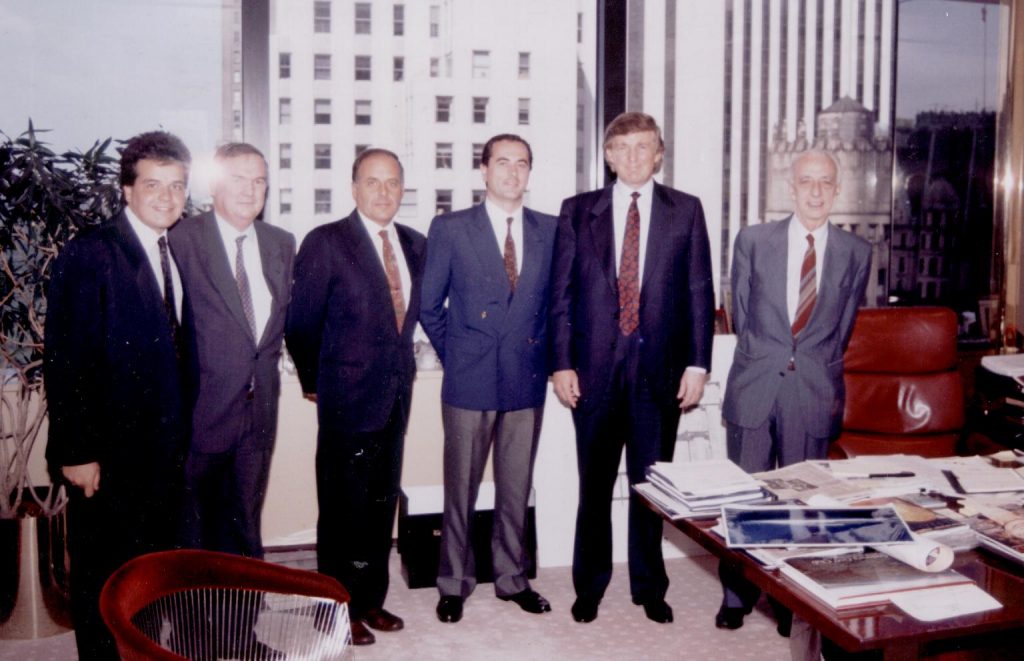 Meeting at Trump Tower in New York between Donald Trump (second left) and representatives from Oliver Design and Astilleros Españoles, in 1993. 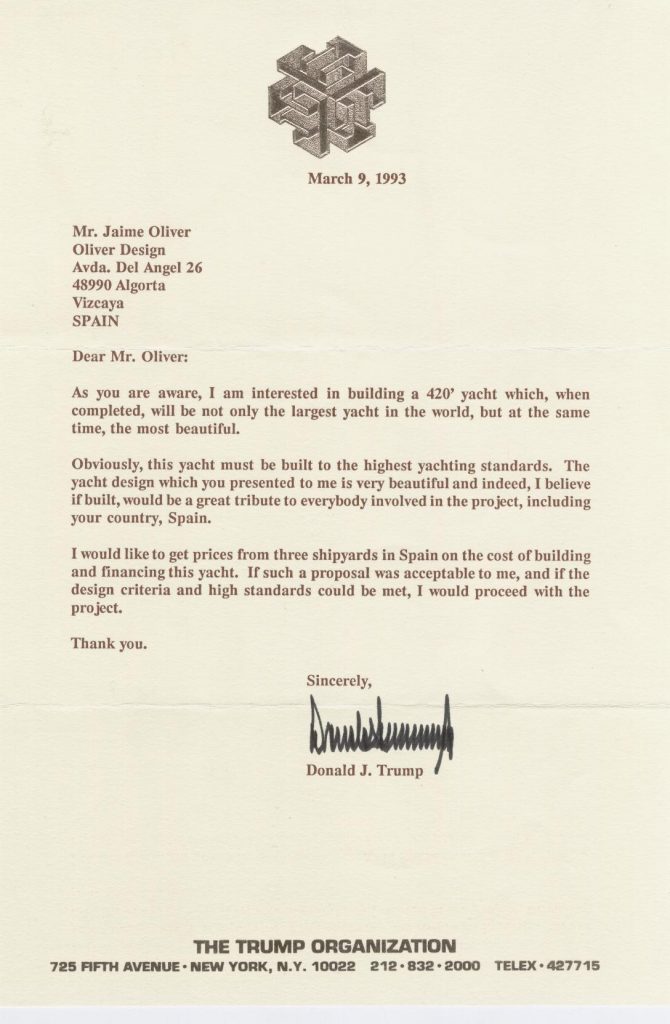 Copy of a letter from Donald Trump asking for a quote for construction of the yacht in Spain. 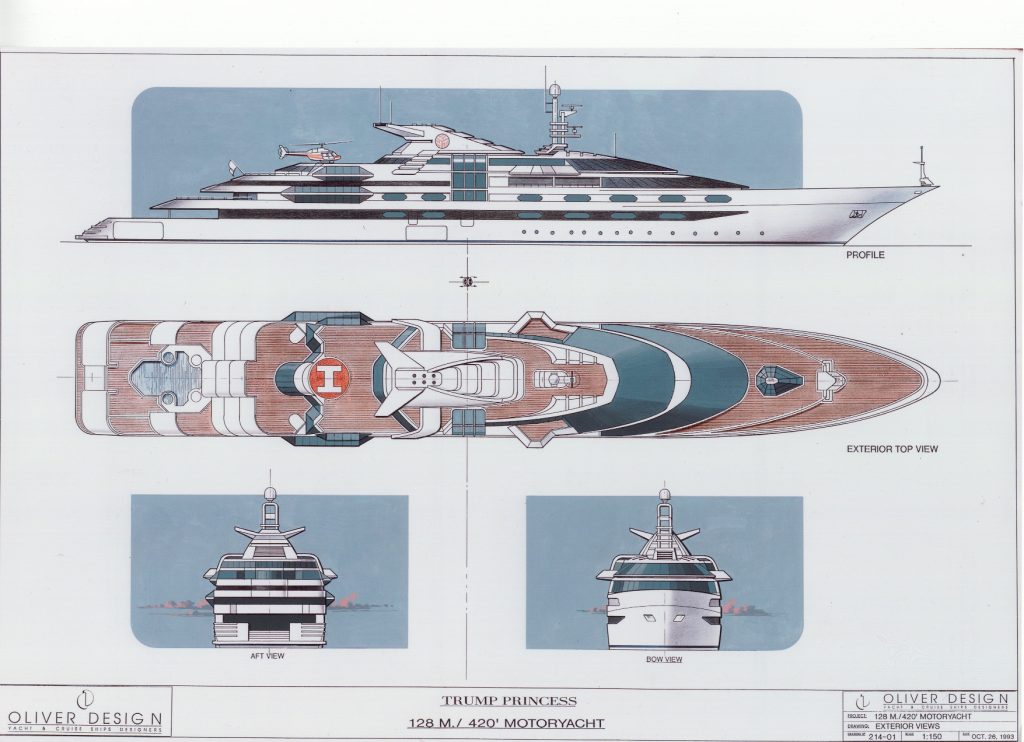 Details of Oliver Design’s drawings for the “Trump Princess” 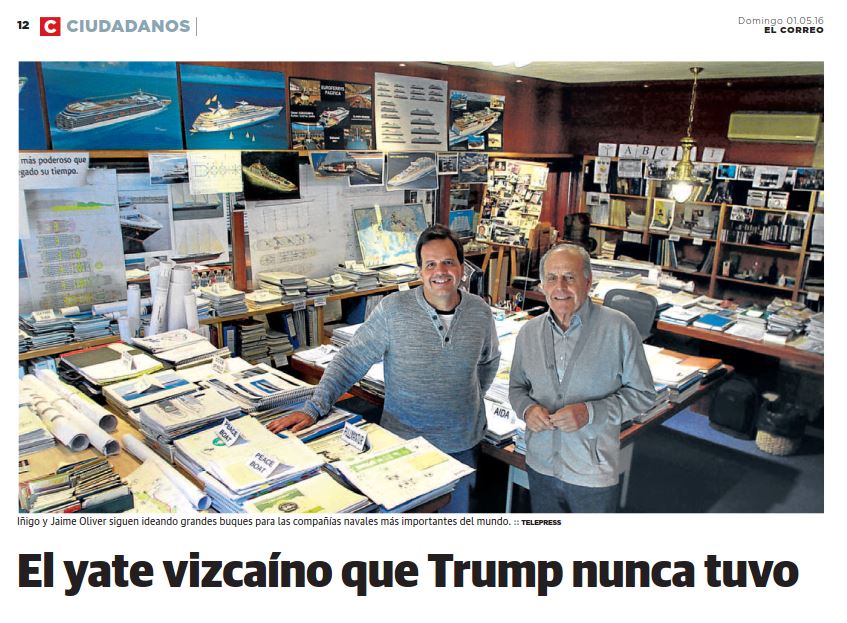