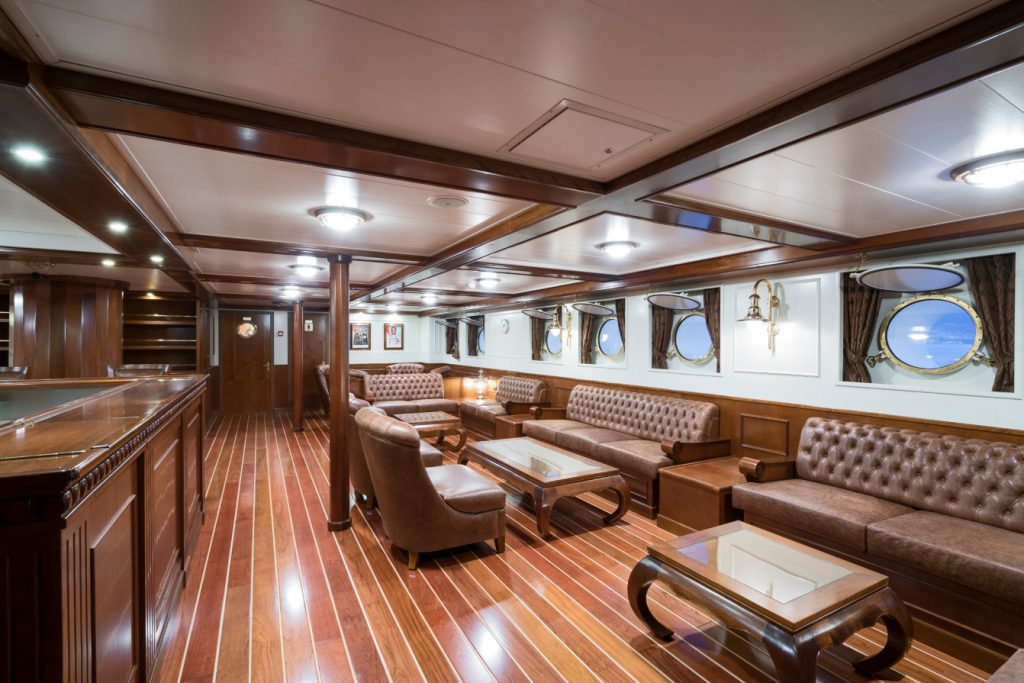 More than three years after completing the first outline sketches, Spanish naval design and architecture firm Oliver Design has just completed outfitting the interiors for the “Bima Suci”, the Indonesian navy’s new sail training ship. Its imposing size and appearance makes it the most iconic vessel in the fleet. The Spanish company also carried out turnkey architectural design for the ship, which has been built at the Freire Shipyards in Vigo (Spain).

The “Bima Suci” is one of the largest tall ships in the world. The three-masted brig has a total sail surface of 3,361 square metres (36,200 ft.). It is 111 metres (364 ft.) long and has a beam of 13.5 metres (44.3 ft.) and a draught of 4.5 metres (14.8 ft.). The largest naval sail training ship currently in service is Peru’s 115-metre “BAP Unión”, which came into service last year, in whose design Oliver Design was also involved. This makes it the only company to have participated in the design of the latest two classic tall ships to take to the waters worldwide.

The new barque-rigged training ship has just replaced the veteran “Kri Dewaruci”, built in Germany in 1953, to become the new jewel in the crown of the country’s navy. It will operate as a “floating ambassador”, paying courtesy visits to ports around the world. The “Bima Suci” is named after a mythological Javanese hero, a symbol of force, bravery and righteousness, who is depicted on the figurehead. 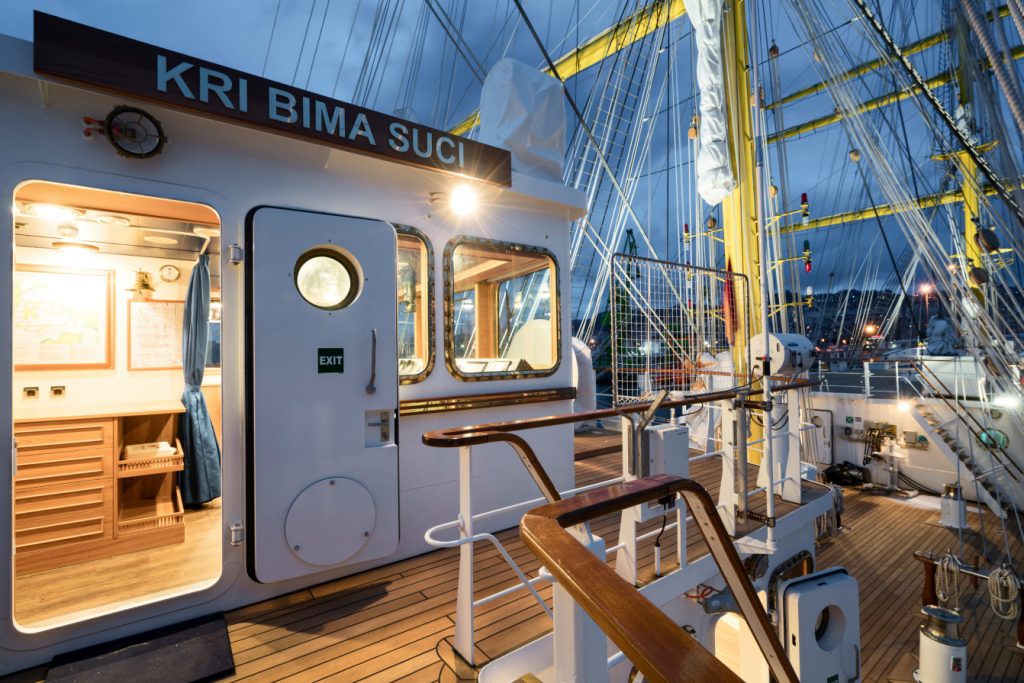 Oliver Design’s part in the project centres on the architectural design of the ship and the interior design – no easy task given that the “Bima Suci” has five decks and will have a crew of up to 200. Inside the hull, over 2,000 square metres (21,500 sq. ft.) of interiors have been carefully distributed, with mess rooms, cabins, offices, weapons locker, store rooms and all the services a crew of this size requires (sick bay, barber shop, laundry, etc.). There will also be areas for training cadets and an imposing area designed for use as the captain’s cabin and for receiving visitors.

The architectural design covers every last detail, from a store for the ship’s band’s instruments, to a gift shop for visitors. There will be two bridges on the main deck, one for steering the ship and a second for training cadets. 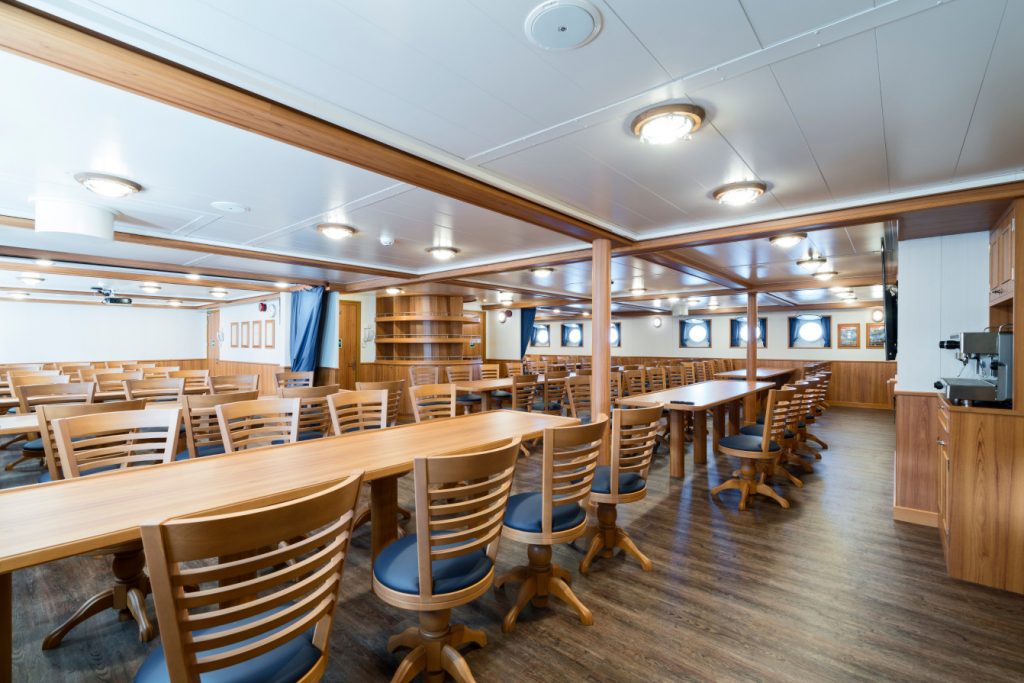 As a military vessel, distribution on board is strictly hierarchical, with cadets, crew, instructors and officers all bunking in separate areas. The contract also required meeting strict regulations on thermal and acoustic insulation and fireproofing, as well as demanding conditions on durability and ease of maintenance of the materials used.

As well as designing the interiors to these specifications, Oliver Design also took charge of building them, including the installation of insulation, primary deck covering, decorative flooring, bulkheads, ceilings, furniture and a vast range of decorative details. The interiors are of particularly high quality, and floors and furniture in the most representative areas are timbered in fine woods.

A team of 30 staff worked on the project over an 11-month period. The ship was launched in October last year, and has been officially handed over to the Indonesian Navy on 12 September. 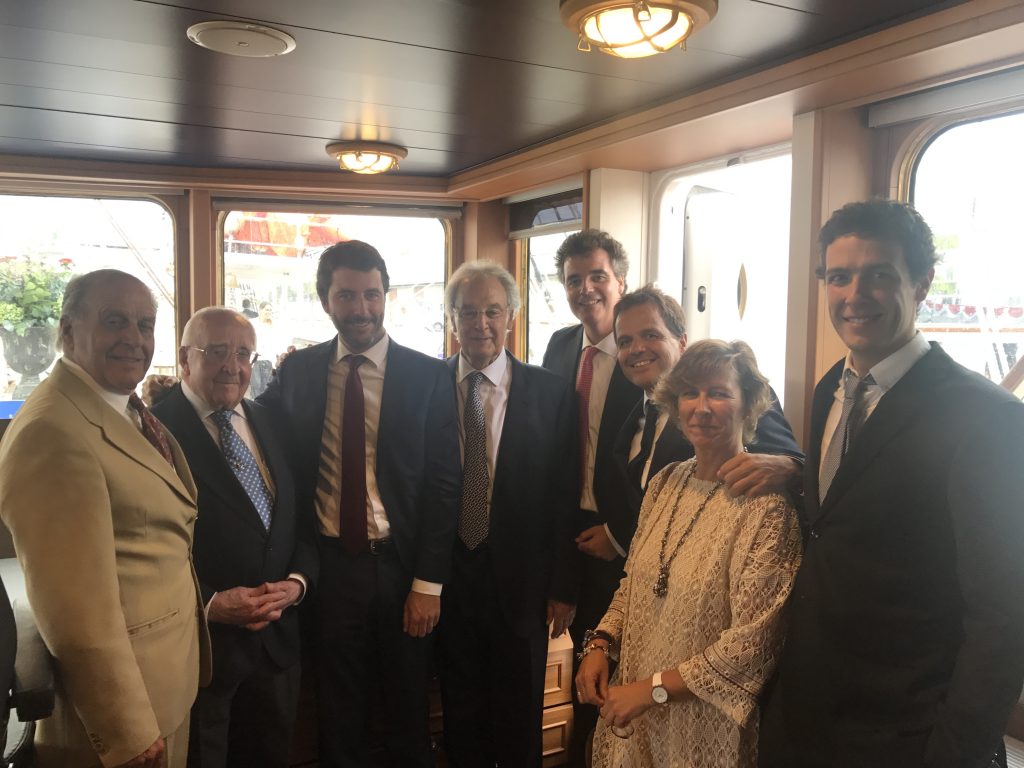 Oliver Design, based in the Basque Country (Spain), has long experience in designing and fitting out classic sailing ships. Jaime Oliver, the firm’s founder and CEO, worked with the former Celaya shipyards on planning and construction of the training ships “Guayas” (Ecuador), “Gloria” (Colombia), “Simón Bolívar” (Venezuela) and “Cuauhtémoc” (Mexico), all built on Bilbao’s Nervion estuary in the 1970s and 1980s. Juan José Alonso was the last manager of the shipyard, which closed in 1988 and was in charge of contracting and construction for these four iconic vessels. He has been brought in as a consultant on the “Bima Suci” project. 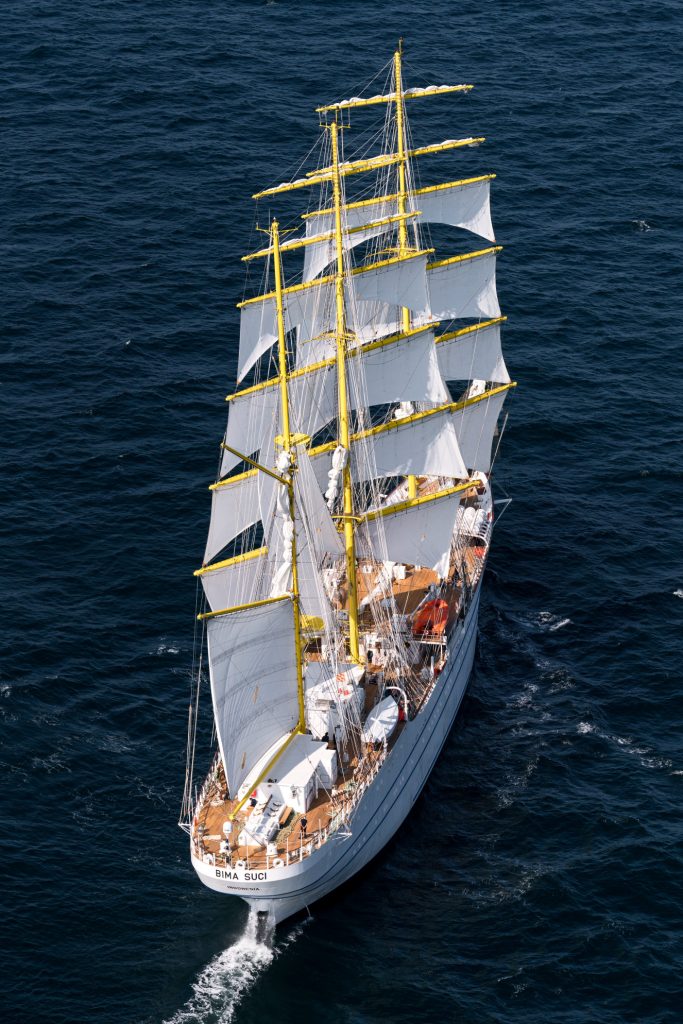 In 2006, Oliver Design also participated in alteration and upgrade work to the Spanish navy’s “Juan Sebastián Elcano” and in design and outfitting of the “Corwith Cramer”, used to train students from the Sea Education Association, Boston University (USA). It was the first training vessel in the world to be certified by the US Coast Guard and the last ship to be launched at the Celaya Shipyards in 1988.

The contract for design and construction of the “Bima Suci” was signed in the Indonesian capital Jakarta in November 2012, following an international competition called by the country’s defence ministry, which attracted a dozen tenders. Freire shipyards’ successful tender was submitted with the collaboration of Oliver Design, who were responsible for the architectural design and interiors, and the German firm Detlev Loell & Partners, which supplied the rigging and sails. Construction of the vessel began in the shipyard in Vigo in October 2015.

The Indonesian Navy’s new cadet-training ship combines a classic design with the latest naval technologies. Its 1,300 kW main engine can reach speeds of 12 knots, with a maximum speed under sail of 15 knots. Like its predecessor, the ship will take part in international races and good-will missions.

A crew of 66 sailors, under the command of Captain Sutarmono, have been carrying out sailing exercises on board the Bima Suci before undertaking on September 18 the maiden voyage to its home port in Surabaya, on the north coast of the island of Java. The journey is expected to take around 60 days from the port at Vigo. 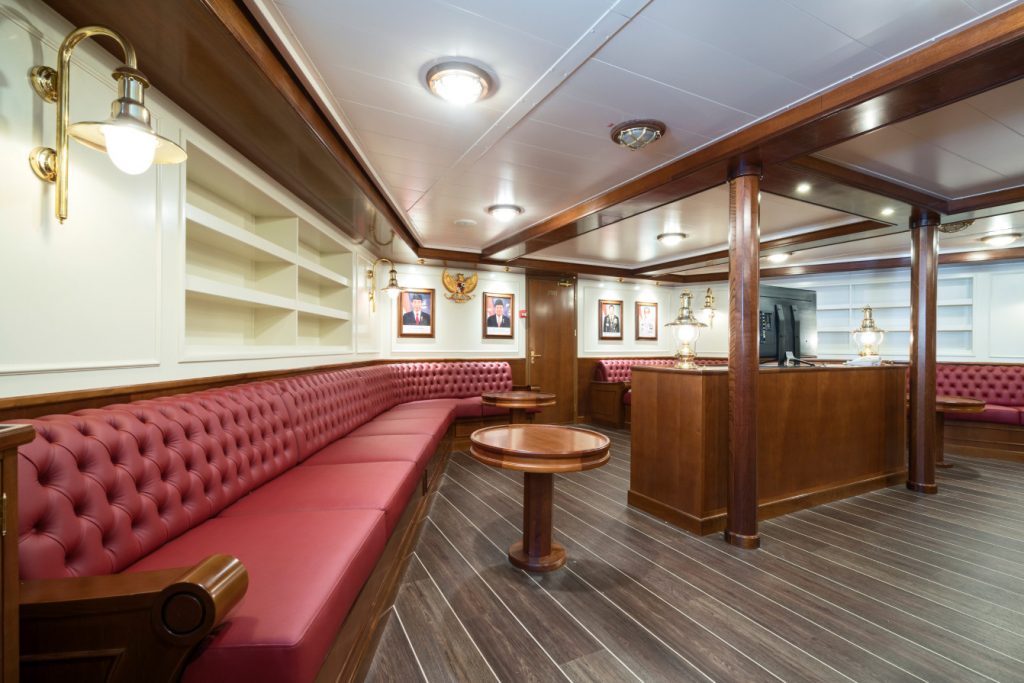 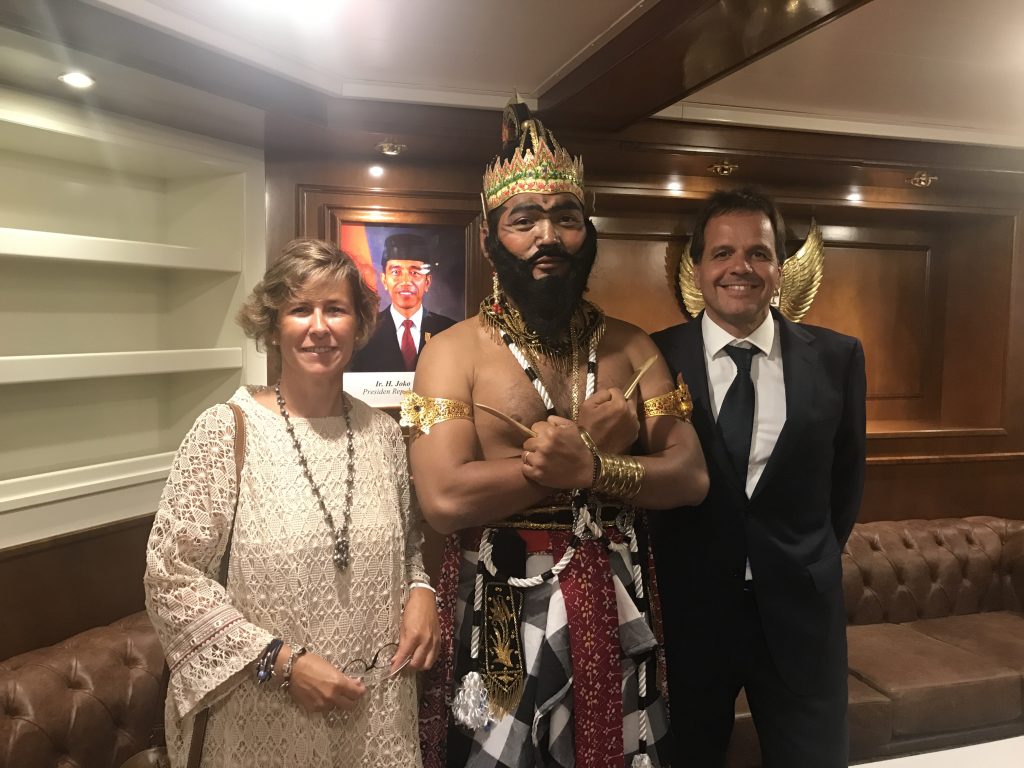