Oliver Design, a Spanish firm specialising in naval design and architecture has signed a contract with the UK’s Magna Carta Steamship Company to carry out extensive alterations on a Turkish-registered ferry, fitting it out to operate as a luxury cruise ship, tailored to service the Scottish lochs and coasts. Oliver Design completed a similar project for the same client in 2000, allowing Magna Carta to offer a unique tourist cruise taking in Loch Ness and the Hebrides Islands via the historic Caledonian Canal.

Under the turnkey contract signed in September, the “Necdet Ali Yildirim” has now been transferred to the northern Spanish port of Vigo, where it arrived on 22 October. The two-deck ferry formerly plied a seven-kilometre route between the Turkish port of Çeşme and the Greek island of Chios. It is now to be converted into a luxury vessel capable of housing 50 passengers on four decks and embarking on week-long voyages.

The ship is to be rechristened the “Lord of the Highlands” and reregistered under a British flag. Currently 42 metres in width and 9 in the beam, it has a Gross Registered Tonnage of 398 tonnes. However, its new mission requires radical alterations to the design, including extensions to the length and beam, construction of an additional deck and complete refashioning of the interiors to house 50 passengers and a crew of 17. 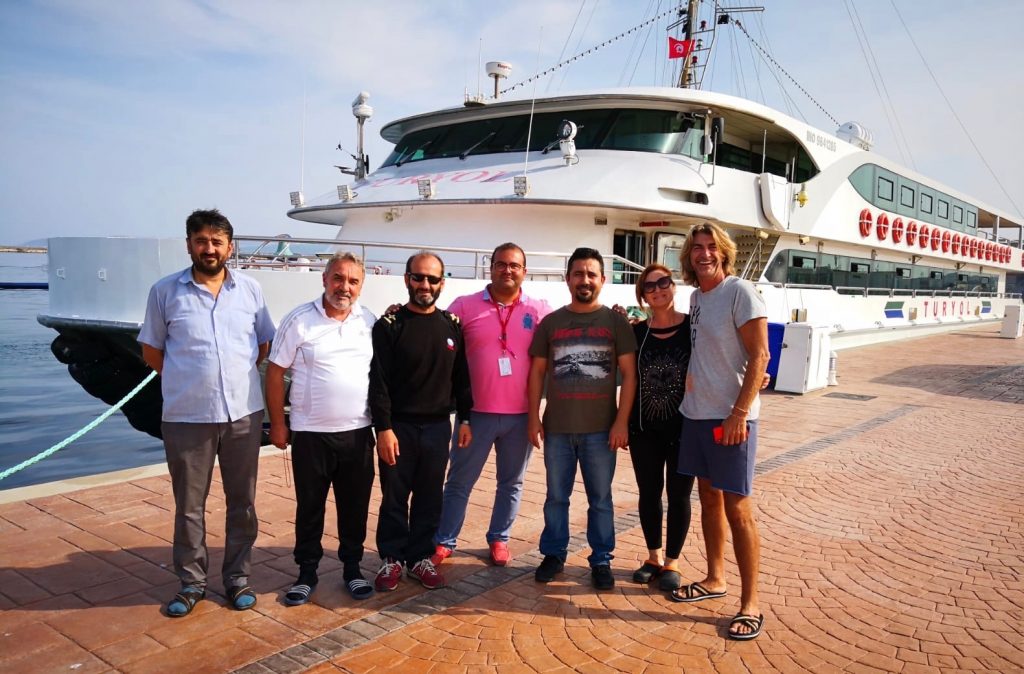 Alongside engineering firm Insenaval, Oliver Design has taken charge of the technical aspects of the re-design, including plans of the new structure and design of stability and safety solutions. It will also be responsible for obtaining certificates of compliance with international maritime regulations for the vessel’s new lay-out from Bureau Veritas and the British agency MCA. It will fit all the electrical installations, piping, heating, ventilation and air conditioning, tanks, fire prevention and other services.

As the project manager, Oliver Design will head up planning and execution of the complex alterations, partnered by a select group of companies with specific specialities in the areas of steel, aluminium, pipes, electricity and carpentry. Some of the work will be performed afloat. All drydock work will be carried out under Oliver Design’s supervision at the Armada shipyards in Vigo.

View of the new Passenger Cabins

Adapting the ship to its new mission is a highly complex task. Entirely new areas and services will have to be fitted out, including a restaurant, bar and lounge area, cabins for passengers and crew, a galley, etc. At the same time, the “Lord of the Highlands” will require additional stability. This will be achieved by adding one metre to the beam, lengthening the ship by two metres by fitting a new steel bow and adding greater height above the waterline.

View of the new restaurant

As well as taking charge of the technical aspects of the design and outfitting in the shipyard, Oliver Design will also be responsible for creating interior design and decoration to the highest standards of a luxury cruise liner. This will include laying out new cabins and suites with balconiesand crew’s quarters, and providing the furnishings, decorative elements, audio and video equipment and other complements in all areas. In the exterior, new railings, windows, skylights, hatches, and a retractable mast on the bridge will all have to be fitted.

Previous experience with the “Lord of the Glens”

In 2000, Oliver Design worked with the Magna Carta Steamship Company on a similar contract, rebuilding a 1985 ferry then operating on the Aegean to operate as a small-format liner providing tourist cruises in Scotland. The “Lord of the Glens” is 46 metres in length by 10 in the beam and has a GRT of 729 tonnes. It has four decks and can accommodate 54 passengers and 20 crew. As well as this initial conversion work, Oliver Design also carried out rehabilitation and an upgrade in 2015.

Like the “Lord of the Highlands” when it comes into service, the “Lord of the Glens” has allowed Magna Carta to offer unique cruises lasting several days between the North Sea port of Inverness and the Hebrides, by way of the famous Loch Ness and the Caledonian Canal. The canal is an extraordinary feat of early nineteenth century engineering, linking Scotland’s east and west coasts through the Great Glen, a geological fault traversing the highlands which runs through the world-famous Loch Ness.

The 97-kilometre canal links Inverness and Fort William and is one of the great tourist attractions of the Scottish Highlands. One third of its length is man-made. Work on the canal began in 1803 and was completed in 1822. Until 2004, only small recreational craft were able to traverse the 29 small locks along the canal.

With the outfitting of the “Lord of the Glens”, to be followed in 2019 by its sister ship, the “Lord of the Highlands”, Magna Carta has become the first tourist operator to offer cruises along this historical route, the first maritime connection between two areas of great tourist appeal — Loch Ness and its North Sea outlet and the Scottish west coast and Hebrides (including Mull, Iona and Skye).

* Video “Lord of the Glens”